Installing a Vanilla-Docker environment on Ubuntu 16.04 was surprisingly non-straightforward for me. Turns out it would have been actually quite simple, but the docs and tutorials seem to be still assuming 14.04/non-systemd and led me in circles a bit. 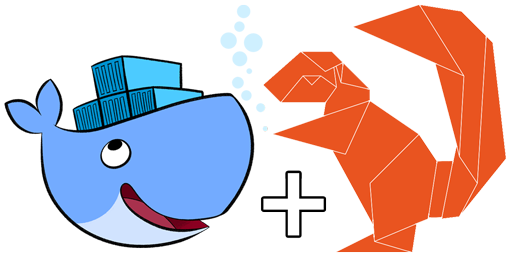 The problem is that 16.04 is now based on systemd and not upstart anymore, so config files moved around. Previously you would pass docker daemon options via /etc/default/docker, this however doesn’t work anymore. So here is a quick write up on how to set up Docker with TLS on 16.04 with systemd.

Setting up Docker with TLS on systemd

First a quick edit of the docker systemd service file is necessary. It is located at /lib/systemd/system/docker.service. By default it will launch the docker daemon with a unix socket bound to -H fd://, however in my opinion it’s nicer to have all config options at a central place, namely the daemon.json config file that is read by the docker daemon on start.

So first we’ll remove the -H fd:// flag from the ExecStart line of the docker.service file and leave it plain without flags:

Next we create the /etc/docker/daemon.json file and add our settings there:

As you can see I stored my TLS files in the subdirectory YOUR_DOMAIN in the /etc/docker/ directory. The certificates are usually specific to a domain name so it makes it more obvious. I bound the daemon to two hosts, first the default unix socket for nicer docker management on the server itself and the TLS secured TCP address. I use my domain name for BIND for the same reason stated previously.

And that should be it, reload and restart your docker service and use enable to boot it on startup and you should be able to connect:

You could add your server user to the docker group (the unix socket is owned by this group), however since I manage docker via TCP I opt not to use it and run docker via sudo if necessary.

Note: don’t forget to distribute certificates to your clients, and set the DOCKER_HOST and DOCKER_TLS_VERIFY environment variables.

This is somewhat beyond the scope of this quick post and I’d like to redirect you to the official docs for that.

A really neat tool I encountered though is this GIST by Adam Stankiewicz that can generate certificates quickly:

Please take note that docker (by default) overrules your UFW firewall rules! I wrote a post on this which you can find here.